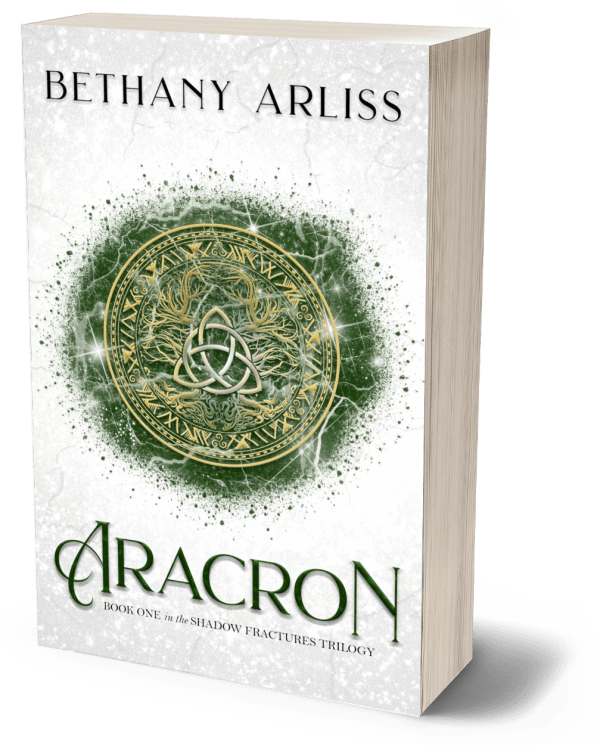 The Shadow Fractures of the void will be penetrated, and worlds will collide bringing hope and horror and oblivion.

Seventeen-year-old Kelsey Denner can run faster, kick further and jump higher than anyone else at her Australian high school. Why then, if she’s such a winner, does she feel like anything but?

With her friends acting weird and her father dating, Kelsey thought she had troubles, until a sparkling light mysteriously sends her to the strange world of Aracron.

Here, people with special abilities wear tattoos on their faces, wild beasts roam and the soul of the land, Ara-rima is revered. Kelsey’s arrival uncovered dangerous secrets, and the terrifying myth of ancient invaders re-emerges. Now she must trust that Kamen, protector of Pardok, can teach her the skills she needs to return home. But lowering her guard might also mean surrendering her heart.

There is one hope – the Ostiron gem. With time running out, Kelsey embarks on a high stakes journey across the land to make it to the Ostiron Altar in time. Failure will mean she is stuck here forever, but success could destroy her, and if the prophecy is true…the whole of Aracron.

Book #1 in the Shadow Fractures Trilogy

There are no reviews yet.